If you are trying to include audio from multiple sources, such as music from a media player or webpage as well as their microphone, then you would need to use an audio mixer to combine the audio together and create a single input device that can be selected in Studio.

The same would go if you would like to capture audio playing from the desktop without screen sharing and not include microphone audio.

On macOS, there is the built-in Audio MIDI Setup for combining inputs and outputs.

The Audio MIDI setup will allow you to create an aggregated device. This allows two things:

When you create an Aggregate Device, make sure to connect all external audio interfaces first.

Click the Add (+) button on the bottom-left corner in the Audio Devices window and chose Create Aggregate Device. 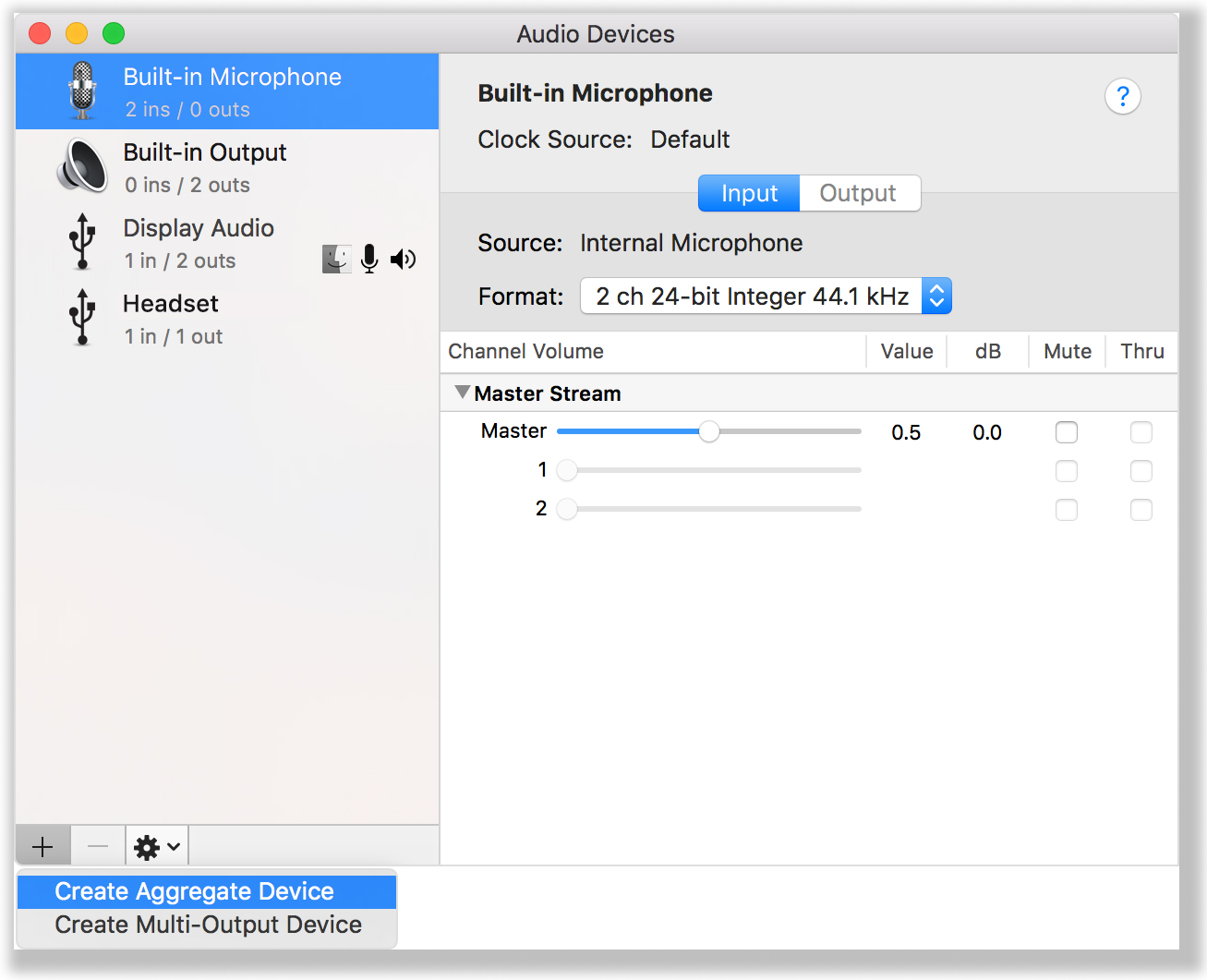 With the new Aggregate Device selected, enable the checkbox labeled "Use" on the left side of the Audio Devices window.

Do this for each device you want to include in the Aggregate Device. The order in which you check the boxes determines the order of the inputs and outputs in applications.

The list on the right shows the currently connected audio devices and the number of input and output channels for each one. 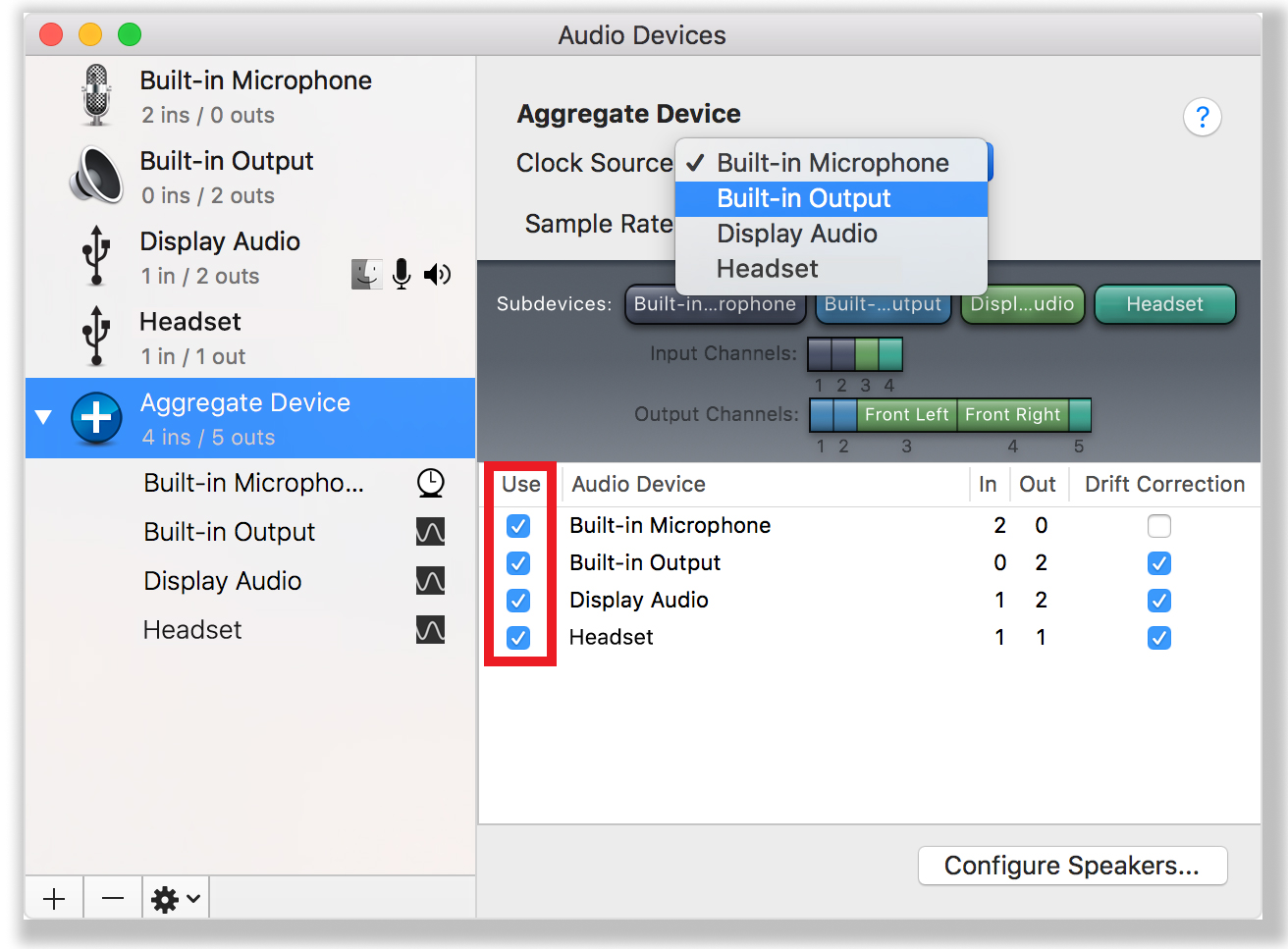 The Aggregate Device also becomes the System Setting option in the Output and Input Device menus of your apps. 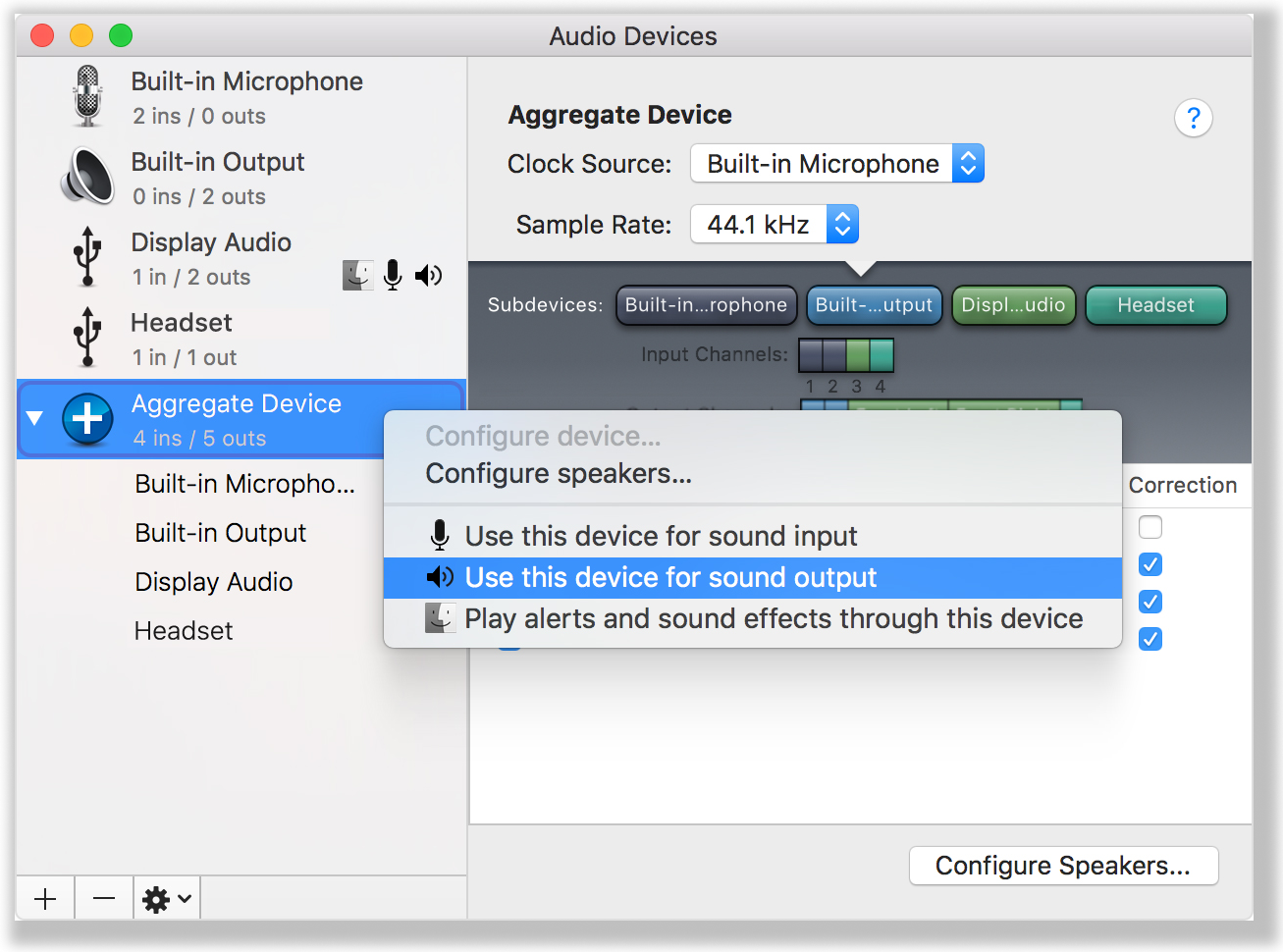 Would you like to learn some tricks from the community?

Contact the Restream Support team via our 24/7 Live Chat.

Did this answer your question?